Term 3 seems to be moving at a rapid rate, and while circumstances have required some stretching, they have also developed a new flexibility within our school community.

2020 has certainly been a year of change and flexibility. It has been encouraging to see our community adapt to the necessary changes that have been made to events and procedures throughout the year. As a school, we have continued to plan ahead, with the understanding that changing circumstances may require further flexibility.

Many families across the school would have been involved in the range interviews and Learning Conversations that have taken place this week. Our Director of Curriculum takes a look at some of the preparations already taking place for 2021, in this week’s  Front Page article.

In this week’s newsletter we have an update from our Compassion fundraiser, we look at what’s been happening in the Primary School Chapel, and take an intriguing trip into the creative world of Year 10 History. A practical way to display love to those in need FROM THE DIRECTOR OF CURRICULUM

Is everyone looking forward to 2021?  I think for most people, the answer to this question is a resounding “Yes!”.

2020 has certainly seen us face challenges that no one was expecting.  From a school perspective, a great deal of what we are currently doing is allowing us to look forward to 2021.

In Week 2 this term, we conducted our annual Senior School Information and Subject Selection Evening, although the format of the evening was a little different. Traditionally, this event has seen all Year 9, 10 and 11 students attend an information session in the Auditorium, and then return to the CityReach Café, where they have had an opportunity to discuss their subject selections for the following year with relevant teaching staff. Given current restrictions regarding large gatherings, we moved this event online for 2020.

During Week 2, students, parents and caregivers, were able to access an overall presentation for the evening, where they could learn more about Senior School at Cedar, SACE, Tertiary Pathways and ATAR’s. Individual subject videos were also made available online, and these videos provided information specific to each subject, so that students, parents and caregivers, were able to make informed subject selection decisions for the following year. We are very grateful for the efforts of our staff in producing these videos, and this is another example of the way that teachers at Cedar have met the challenges presented throughout the year.

Mapping the Path Ahead

This week has also been devoted to 2021 in many ways. On Wednesday, our Year 10 and 11 students, along with a parent or caregiver, met with subject counsellors to discuss, and enter, their subject selections for next year. On Friday of Week 3, our Year 9 students entered their Year 10 elective preferences for 2021, and our Year 9s are completing this process on Friday of this week. I continue to be impressed by our students, and the commitment that they display towards their education. I have been involved in many conversations over the past few weeks where the maturity and attentiveness of our students has been evident, and this, in many ways, is attributable to the value placed on education at home by our parents and caregivers as well.

It is a privilege to partner with our families as we seek to provide the support and guidance necessary to steer students in their journey, not only as Cedar College students, but for the many opportunities that exist for them as they enter their post-school years.

Parents and caregivers are reminded that physical distancing from other parents, teachers and students applies, when attending school, including when dropping off and picking up children. Classrooms continue to remain for students and Cedar staff only until advised otherwise.

If your child is unwell, do not send them to school. Hygiene, including regular hand washing for 20 seconds, continues to be of utmost importance.

Thank you to all of our students who took part in last term’s Run4Fun. Through the generous sponsorship by family and friends, we have raised a total of $3,025, which will go towards further playground upgrades. Prizes, for students who raised $10 or more, will be sent home during Week 5.

Our Canteen lunch menu now includes Fresh Sushi Friday, which offers a variety of freshly made sushi options for Friday lunches. Sushi orders must be placed via the Qkr! app before 9am on Thursday, in order to be fulfilled the next day. Sushi choices include a gluten free and vegetarian option.

In a further update to our previous newsletter, we have now made the decision to cancel our planned after-hours school tours, and instead hold them as virtual tours. While this does not give the same feel as face-to-face tours, it does mean that there is no limit on attendees, as the tour will be live streamed. If you know of friends who may be interested in finding out more about Cedar College, they are now able to book via our School Tours page, and enjoy their tour from the comfort of their own home!

The School Dentist Van will be at Cedar College next week (Week 5) for those students who have made appointments. Students will be collected from their classrooms at their scheduled time. Should you need to cancel an appointment, please contact the Front Office.

Please note that, for the safety of all students, we cannot allow dogs onto the school grounds, apart from special-needs assistance dogs.

The Incredible Race – An exciting program for children aged 5 to 12. Enjoy a gospel-centred program, with opportunities to worship, play games, study the Bible and engage with exciting crafts.

Cost: $50 for first child, $35 for every subsequent child (covers the cost of morning tea, a cap, and a goodie bag!)

Registration Closes on the 4th September.

Our School Assemblies and Chapels are held on Fridays at 8:50am.

Please note that Chapels and Assemblies will be attended by students only during Term 3.

At this stage, adults are unable to attend Chapels. Parents/caregivers will be informed, should this change.

Around the Primary School

It has been exciting for the Primary School to be back together for chapels this term. Although things are still a bit different, there has been lots to enjoy!

Due to current restrictions, we miss being able to have parents and friends attend our chapel and assembly times. Students have continued to learn, through both the real and LEGO adventures of Little PK, even more about our amazing God. We have been reminded of His creation and the love and grace that He shows us, and there’s also been plenty of fun along the way! It’s also been exciting to have the Primary School staff band leading the singing – something that we missed during the video chapels.

Our first Assembly, for many months, was a bumper edition of Teacher’s Awards, with a large number of awards and extra special prizes given out. The Assembly even ended with one special student being the first recipient of the Really, Really, Big Award!

The Primary School was also able to hold Parent Teacher Interviews this week, enabling teachers to touch base with parents and caregivers, in a follow up to the school reports last semester. Although there are still restrictions in place, it was nice to be able to briefly meet together and even offer a take-away coffee and snack to those who attended.

The Primary School also took part in the special fundraising day for one of our sponsor children. Many students ordered sausages and wore Thailand coloured casual clothes, and some even donated further, to help provide housing for Poom and his family. Thank you to everyone who generously gave, we look forward to hearing from Compassion when the new building has been completed.

As you looked across the school last Thursday you would have seen a wonderful sea of blue, red and white, as students and staff dressed in the colours of Thailand for a great cause.

The purpose of the day was to raise enough money to help build a house for Poom, one of our beloved Compassion Sponsor Children from Thailand, who has been greatly affected by COVID and has no place to call home. As the day progressed, students across the school also enjoyed a sausage or two, to further support the fundraising for Poom.

Our aim was to raise $1,500 (half of the cost of the house), however the Cedar Community were so supportive that we raised over $3,740! The day was a huge testimony to the generosity of Cedar College families, coming together to do something amazing. Cedar will be working with Compassion Thailand to determine where the extra money that was raised can be best used, beyond supporting Poom’s family to build a new house.

Thank you to everyone who contributed to the day, and for displaying God’s love to Poom and his family.

Some of our Year 8 and 9 Christian Living classes spent time making cards and writing cheerful notes to local aged care residents this week. At Cedar, we value our connections with our elderly neighbours, and we try to visit care facilities regularly with our Music, Drama and Art students. Unfortunately, this may not be possible this year, and we want them to know that we have not forgotten them and that we care.  Students wrote messages of friendship, hope and kindness, often including Bible verses and prayers.

Friday the 7th of August saw the Year 10G History class enact the inaugural Investiture Ceremony of the Order of Renahria – an order of merit which honours leaders, innovators and pioneers who have distinguished themselves in the service of their country.

Since 2018, the 10G History classes have investigated political and social processes by establishing the fictitious country of Renahria, and forming its parliament. This has involved guiding their ‘country’ (and their individual electorates) through wars, social reforms and economic crises, along with the regular day-to-day decisions of government – literally making history.

While being directly linked to the History curriculum, the program provides plenty of freedom and scope for innovation, with MPs electing their Prime Ministers, who in turn select Cabinets and spear-head policies. Every decision has consequences (both to the health of the country’s various statistics, and politically for those who make them), and maintaining a prosperous nation while keeping hold of the top job is no easy feat.

An honours system of the Order of Renahria was established in June this year by Executive Order to recognise those students who had gone above and beyond in their commitment to their roles and in their service to the nation. Inductees are presented with the medal of their class of honour, along with a lapel pin which they wear with their uniforms. Last week’s ceremony honoured those who have served with distinction over the past two years, including former Prime Ministers, Cabinet Ministers, and the current Chief Justice of the High Court.

The Order of Renahria Medal:

For service to the country, or an electorate, which is worthy of particular recognition

Member of the Order of Renahria:

For distinguished, sustained service to Renahria or humanity at large

Companion of the Order of Renahria:

Congratulations to all inductees. Awards ceremonies to honour members of the current Renahrian parliament will be held later this year.

Jordan Rose RC, President of the Republic of Renahria and Chancellor of the Order of Renahria

Daniel Thorpe, Speaker of the House

Read all the news from our previous issues 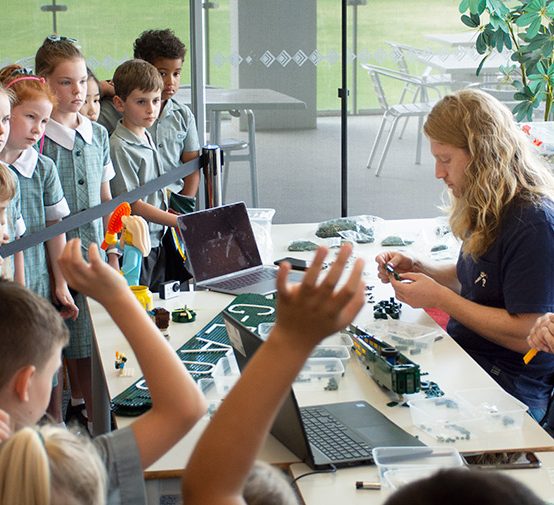 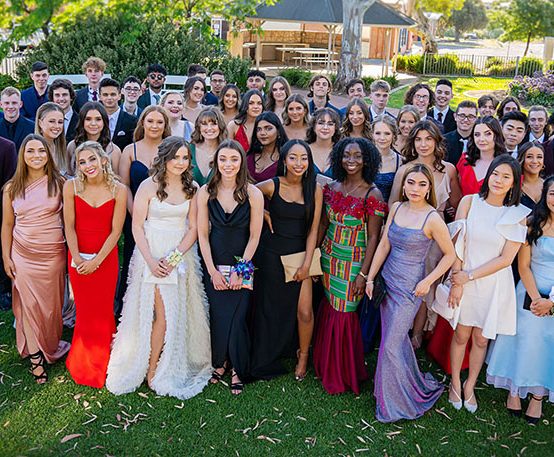 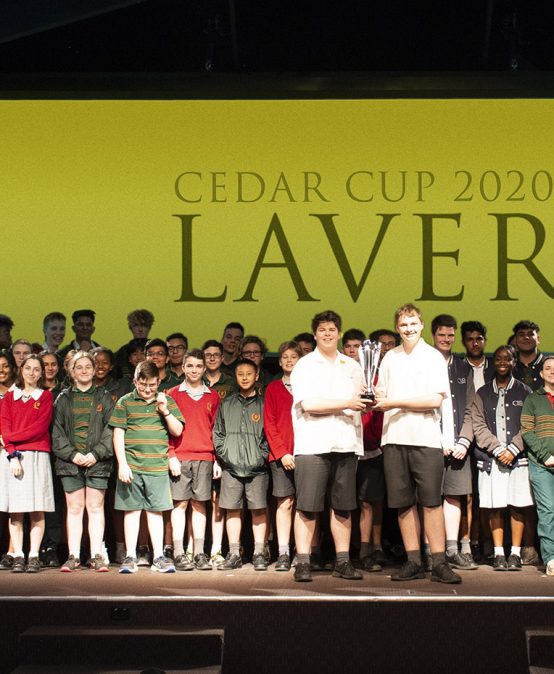 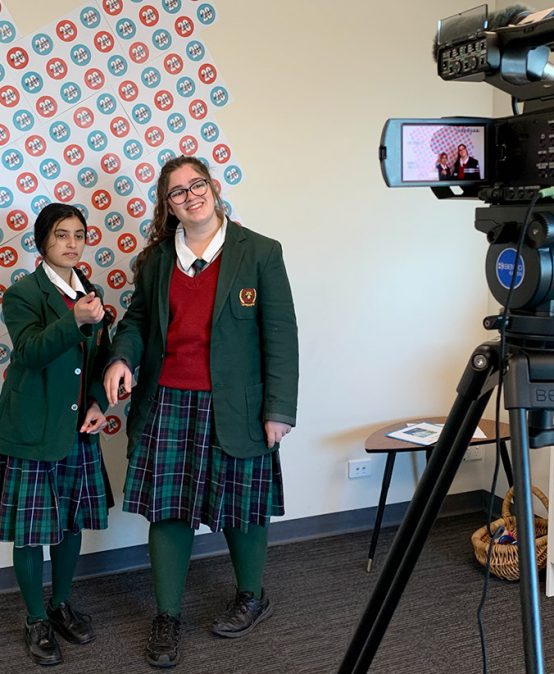